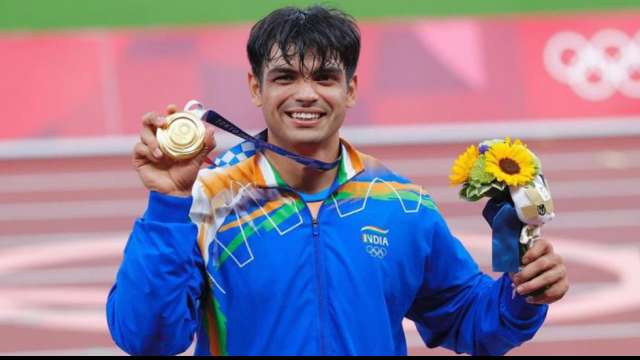 Once again congratulate Neeraj Chopra Javelin Thrower and the Gold medalist of the Tokyo Olympics, who has been selected as the nominees for the 2022 Laureus World Breakthrough of the Year Award. Interestingly, Chopra is chosen amongst the top six nominees individuals for the award ceremony.

On Wednesday, Neeraj Chopra was nominated for the honorable Laureus World Sports Award 2022. Along with this, there are tennis stars Daniil Medvedev and Emma Raducanu and several sportspersons to join the ceremony on April 2022.

Knowingly, Chopra is known to be the only second Indian to win a solo Gold Medal in the Tokyo Olympics last year. This 23-year-old boy achieved the yellow metal in with a master throw of 87.58 meters all way.

As of now, he is the third Indian to fall under the nomination of the Laureus award which was earlier known for famous cricket legend Sachin Tendulkar and wrestler Vinesh Phogat.

About the Laureus World Sports Award

Knowingly, the nominees for the prestigious award are chosen by a panel of 1300+ top-notch sports journalists and broadcasters around the globe. Talking about the winners, the result will be soon announced in April 2022.

Votes from the Laureus World Sports Academy, the world’s ultimate sports jury will also be considered in selecting the winners in different categories. Well, this sports jury is not going to be a commoner but will have some legendary sports faces of all time.

Javelin thrower Neeraj Chopra, at the of 23 years, won his gold medal in the men’s javelin in Tokyo. What’s so exciting about the fact? He is the second India to achieve the position in the Indian winners in Tokyo Olympic Awards. Earlier, was achieved in 2008 by Abhinav Bindra, in an air rifle.

Additionally, Chopra is the third Indian athlete to be nominated for a Laureus Award, after wrestler Vinesh Phogat in 2019 and cricket maestro Sachin Tendulkar.

Look what Neeraj says about the whole controversy-

“I’m delighted to be nominated for this Laureus Award and it’s a great honor for me to be recognized in the wider sporting world for what I achieved in Tokyo,” Chopra said.

“From being a kid in a small village in rural India who only took up the sport to get fit, to standing on top of an Olympic podium, it’s been quite an eventful journey so far.

He also added, “I feel privileged to be able to represent my country and win India medals at the global stage, and now to have this recognition from Laureus and be considered alongside such exceptional athletes is a really special feeling.”

For Laureus World Breakthrough of the Year award

• Daniil Medvedev from Russia who won his first-ever Grand Slam, in the US Open

• Emma Raducanu, a UK Tennis player won the US Open at the age of 18

• Ariarne Titmus a swimmer from Australia, who at the age of 20, defeated champion Katie Ledecky in Tokyo