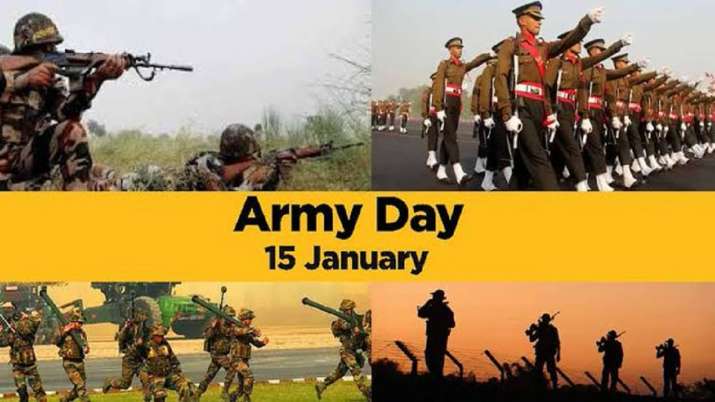 Additionally, this day is marked to salute Field Marshal Kodandera Madappa Cariappa (K. M. Cariappa General (later Field Marshal) KM Carriappa, a Commander-in-Chief of the Indian Army. Every year, an authorized parade and several other martial activities empower the military at the day.

The celebration is conducted at Delhi Cantonment’s Cariappa Parade Ground. Undoubtedly, being one of the most powerful militaries of the world, the Indian Army has proved its caliber several times competing with other super militaries of the USA, Russia, China.

The ultimate motive of our army is to ‘service before self, which makes them more powerful and vigorous. Securing national unity, and defending from external and internal threats, the Indian Army has always protected us and stood upon the expectations.

Where did Indian Army Day Originate from?

After the massive slavery of British rule, India got its independence on August 15, 1947. The entire scenario took a lot of hustle-bustle, including the partition, people refuging to Pakistan, or India.

Noticing the phenomenon, the army had to come forward to hold the situation and maintain the peace of the nation. Unfortunately, at that time, the command of the army was ministered by the British General Sir Francis Butcher.

While the independence, the Britishers had to hand over the entire control of the army to the Indians, which led Field Marshal K. M. Cariappa to become the first Indian Army Chief of Independent India on 15 January 1949.

This is why, concerning his role towards the Indian Force, every year we remember Field Marshal with whole honor and respect.

How Army Day is Celebrated?

As the world is affected by the massive pandemic, which is why this year the Army Day was celebrated at all Army Command Headquarters. Several preparations and activities are designed for the special day; however, we have to be precautions about the ongoing panic issues in the country.

Moreover, on this special day, Indian soldiers are honored, who fearlessly made an example of the true patriotism of the nation. The salute is not just a salute, but honor is given to all our brave brothers who without thinking put themselves up to protect their motherland to preserve the serenity, and unity of the nation.

The unique day is celebrated by rejuvenating on the stage of “Amar Jawan Jyoti” at News Delhi’s India Gate, honoring the late Indian military to pay respect to the sacrifice they served to protect their mother nation.

Moreover, following the special program, several activities are displayed exhibiting the achievements of the Indian Army of past years. The officers or their families are tributed with bravery awards and medals which include Division credentials and Sena Medals to pay honor to their bravery.

We wish Happy 74th Indian Army Day to every Indian from us!