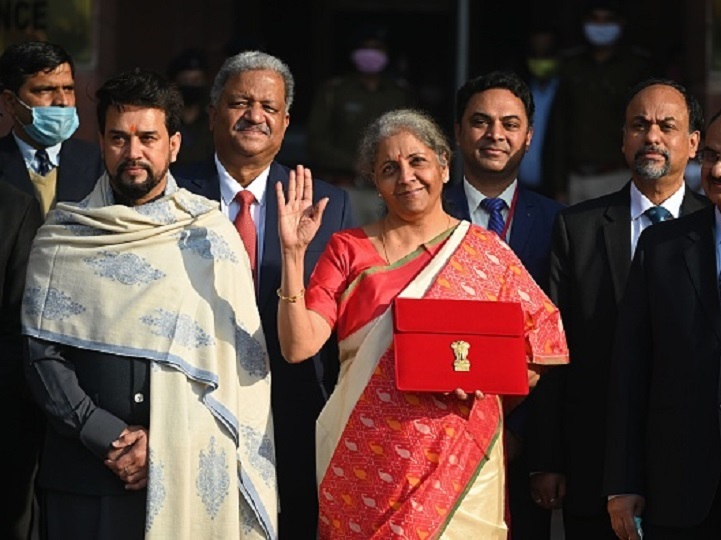 The budget is specially designed to mitigate the hardship followed by the poor during the massive pandemic.

According to the latest business news, Sitharaman quoted that India is going to slope around 9.7 % in the upcoming year. Furthermore, a total of 60 lakh new jobs are to be created soon, under the productivity incentive scheme including 14 sectors.

The Union Budget 2022 brings up certain significant changes in the prices. This includes edible oil, wearable electronics, imitation jewelry, a polished diamond that are to be cheaper. Whereas, Tax relief is announced to individuals with disabilities. And, there is no change in personal income tax rates.

Look at the glimpse of the budget-

• PM Gati Shakti National Master Plan that aims to bring all roadways and railways to enhance the infrastructure at a cost of ₹20,000 crores in the upcoming year.

• Enhancing the Metro systems, and the multi-model connectivity.

• Launching 100 Gati Shakti cargo terminals in the next years.

• A new initiative of chemical-free, natural farming to be promoted across the country.

Talking about the educational sector, a Digital University will be established, in different Indian languages, specifically to promote online learning with advanced technology for the youth.

For Health and Sanitation

• Mission Shakti, Mission Vatsalya, Saksham Anganwadi, and Poshan 2.0 to give maximum benefits to women and children in the upcoming years.

• Defense R&D to be opened up for startups, private industry, and academia.

• Giving more opportunities to the private sector, the budget will now help them to take work on the design and development of military platforms.

For Developments on the digital front

• Technology like blockchain will be used to introduce a ‘digital rupee’ for 2022-23.

• A total of 75 digital banking units are going to be launched in 75 different assets.

For Tax, Economy, and Finance

• From now onwards, the Cooperative societies have to pay 18.5% tax, whereas companies pay 15%.

• Disables will not be asked for tax payment.

• Virtual digital assets will be a tax regime.

• The cut and polished diamond Custom duty has been reduced by 5%.

• Umbrellas has got duties maximized to 20%.

This is one of the latest business news in India that growing viral among individuals when PM Narendra Modi says about the budget. He said that the union budget targets to cover the basic amenities of the poor, and youth.

He also exhibited the mission of becoming self-independent, and modern, where he pointed out his BJP workers at the ‘Aatmanirbhar Arthvyavastha’ event.